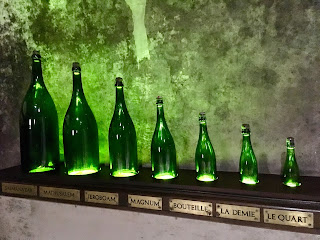 A lucid book[1] by the epistemologist Oliver Schlaudt (Heidelberg U) shows how fact-focused policy advice can undermine democratic decision-making. Performance indicators and rankings are "political numbers", they supposedly stand for rational decision-making. However, prior political judgements and dubious assumptions usually determine the mechanism by which a society that believes in numbers constantly nurtures the illusion that politics is basically superfluous.

This is particularly evident in the case of international organisations such as the IMF, OECD or World Bank, which are particularly far removed from political control mechanisms, or in the case of think tanks financed in a non-transparent manner. Such institutions are all too happy to ride their political agenda. From the perspective of principal-agent theory, two specific problems make it difficult to control international organisations: the long chain of delegations from voters to heads of government, and the common-agency problem[2].

Andreas Schleicher, OECD Director for Education and Skills and well-known as founder and coordinator of the Programme for International Student Assessment (PISA) studies, once coined the phrase: "Without data, you are just another person with an opinion". Many found this slogan smart. Me too. On closer inspection, however, it is not just arrogant. The motto is misleading, even dangerous. For it nurtures the illusion that essential political issues (not only education policy) are determined by 'facts'. So policy advisors like to adorn their recommendations with the word "evidence-based". Parliaments, the press and politicians should better bow to the rule of experts as a result.

No doubt, a policy that believes it can do without scientific advice is 'blind' policy (as often embodied by the 45th President of the USA). Politics has a liability to consult research. It is therefore preferable that politics defines targets and goals first, then seeks (hopefully not only) scientific advice on the adequate means. The other extreme, however, in the field of economic policy can be labeled econocracy[3]. Schlaudt lists three dangers of purely science-based policy, of which I would like to give the following concrete examples:

·       Interference and encroachment: Economists act as disguised lobbyists - politicians without a mandate. In Germany, these include Bernd Raffelhüschen (U Freiburg) or Bert Rürup (Handelsblatt), advocating the funded pension system. Although funded schemes are not superior to the pay-as-you-go system[4], they represent a lucrative business for financial intermediairies. The combination of academia and lobbying (often with the help of think tanks) for the benefit of private sponsors and at the expense of the statutory pension was exposed wonderfully in the 2014 satirical ZDF show 'Die Anstalt'[5].

·       Futility thesis: According to Schlaudt, there is a danger that the dynamics of the feasible will overrun the discourse on what is desirable. Albert O. Hirschman called this the futility thesis, one of the three basic figures of reactionary thought (along with the perversity thesis and the jeopardy thesis)[6]. Hirschman's futility thesis holds that attempts at social transformation will be unavailing, that they will simply fail to "make a dent.". As an example Hirschman quotes Vilfredo Pareto who, referring to uniform international evidence on personal income distribution, argued that redistribution policies were ineffective.

·       Political negation: The most aggressive encroachment of econocracy denies political decisions the right to weigh in. In order to counter the alleged inflationary bias of politicians – notably in coalition governments, in federal states or in politically highly polarised countries - economists have advocated central bank independence[7]. Monetary policy has been removed from politicians´ authority in those countries that have granted their central bank independence by statute, law or even constitution. Budget policy should also submit to the rule of experts, if it were up to the conceptions of some economists[8], although budget decisions are prime political responsibility.

In terms of personnel policy, the appointment of Janet Yellen, the former head of the Federal Reserve, as Secretary of the Treasury has just done so in the USA. Accordingly, the enthusiasm of the leading (Keynesian) 'experts' was unanimous. A contrary path was taken with the election of Christine Lagarde, the former French Finance Minister, as President of the European Central Bank. Perhaps unsurprisingly, she remains more a politician (who is occasionally accused of overstretching the ECB's mandate in terms of gender and environmental policy) than a central banker.

At the beginning of the 20th century, sociologist and economist Max Weber examined in detail the role of experts in the process of political decision-making. In the value judgement dispute (Werturteilsstreit) with the historical school of economics (Kathedersozialisten Schmoller, Wagner, or Knapp) he argued together with Werner Sombart that it was never the task of empirical science to determine binding norms and ideals in order to be able to derive prescriptions for practice. Weber saw the danger of experts taking advantage of their privileged position and media presence to take a political stand. According to Weber, politics is about what is desirable, science about what is feasible. Only a few academics in the social sciences limit themselves to positive analysis, though, but are too eager to push their way into politics and the media with normative proposals.

[3] The term belongs to the vocabulary of pluralistic economics, which opposes in particular the dominance of neoclassical explanatory approaches. See Joe Earle, Cahal Moran and Zach Ward-Perkins (2016), The econocracy: The perils of leaving economics to the experts, Manchester University Press.