The OECD Development Centre in the 1990s

This post is a follow-up to https://shiftingwealth.blogspot.com/2020/06/the-oecd-development-centre-in-1980s.html for the 1990s. If you have not done so, I recommend to read the post on the 1980s first. The focus here is on my time at the OECD Development Centre and on its bosses. So do not expect a balanced presentation of the history of the Centre. These are my personal perspectives only.

Table 1: One female & six male heads of the OECD Development Centre, from 1983

While Louis Emmerij was still in charge, his Swiss deputy Jean Bonvin was running the Development Centre in reality. Unlike Big Louis, Jean worked long hours. For the team worker, Catherine Duport (administration), Flora Feigenspan (Council) and Morag Soranna (a Scottish allrounder, a heavy smoker with heavy files in her office) were his close support. Jean was a fighter, and this was a major quality needed to defend the independence of the OECD Development Centre throughout the 1990s. 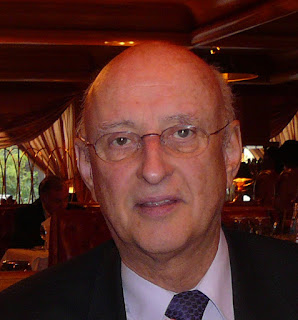 Equipped with an economics doctorate of the leading business school St. Gallen (Switzerland), Jean Bonvin had worked for UNESCO in the 1970s and then, on leave from the Swiss development agency SDC in Burundi. He founded in Bujumbura the new Faculty of Economic and Social Sciences, of which he was the Dean[1]. Jean did scientific fieldwork with thousand smallfarmers, joint with sociologues and anthropologues. Having joined the OECD Development Centre in 1980, Jean was elected (with JC Paye´s support) its President by the Ambassadors´ Council. He would later seek a privileged contact with those diplomats, which led to a series of lectures by eminent academics and politicians. When Don Johnson followed upon JC Paye as the SG of OECD, however, the US Treasury became more proactive (via Bill Witherell).  For Jean Bonvin and the Centre, this meant yet more headwind.

Meanwhile, the scholarly standards were again rising at the Centre. In 1990, Kiichiro Fukasaku joined the Centre from GATT (now WTO); Ki would not only produce like clockwork economic studies dear to the Japanese delegation (e.g., on China´s opening[3], trade, FDI and policy coherence), but became known for collaborating with junior staff that would later make great careers inside the OECD (Federico Bonaglia, Marcos Bonturi, Luiz de Mello, to name a few). To his very great regret, Ki could not prevent the Japanese to quit the Centre; Japan´s submission to US diplomacy was stronger than her consideration for the countryman. Like me, Ki stayed until 2012 as head of division. He would then divide his time between Tokyo (Keio U) and St. Cloud.

Prof. Jean-Claude Berthélemy joined from Université de Paris 1, like Christian Morrisson had done in the 1980s[4]. Jean, whose command of English stayed fairly limited, was naturally at ease to communicate with and to rely on these two very solid francophone economists. Jean-Claude attracted another francophone economist from Strasbourg University, the Greek Professor Aristides Varoudakis. Both worked on the new growth theory, very much in fashion at that time, and what it meant for the role of financial policies in poor countries[5].

Meanwhile, economist Ulrich Hiemenz had joined the Development Centre as Deputy Director from the Kiel Institute in 1995, to stay until 2005. His role remained mostly confined to internal management; as he had been imposed by the German BMZ without any German follow-up on content or strategy, he may have been considered with some suspicion by both Bonvin and the SG of the OECD. Ulrich took special care of some flagship publications such as the IDB-Centre seminars and the nascent African Economic Outlook.

Brazil had joined the Centre already in 1997, Korea in 1996, and Mexico in 1994 (which I had the honour to visit in 1993 as part of an OECD team to prepare the country´s accession). This changed the nature of the Centre´s Advisory Board, away from a focus on diplomatic procedure to debate on substance of the Centre research programmes. The new ambassadors from emerging countries were not the European diplomats sent to the OECD mostly without proper training (and motivation). They were economists and politicians who knew development from bottom up.

After Jean Bonvin retired, Professor Jorge Braga de Macedo, a former finance minister from Portugal, was nominated in 1999 as new Development Centre President. Having obtained a Ph.D. from Yale U, an economics professor at Universidade Nova de Lisboa since 1976, a member of both the world´s leading economics networks (NBER and CEPR) and a former member of the Eurogroup, Jorge was well connected with mainstream economists. Which suit me fine, but others were afraid of simple application of mainstream policies to deep-rooted development issues. As Jorge was as keen on the debate of appropriate currency regimes for small open economies as I was, we became sparring partners on the issue, reinforced by Professor Daniel Cohen (ENS Paris). I like to think that our book has aged fairly well[6]. Perhaps the most cited book under Braga´s leadership was the Festschrift looking back at the Centre´s history on occasion of its 40th anniversary[7]. Braga, a combination of wit and stinginess, advised me to publish less (!) as he aimed to shine as Centre president. 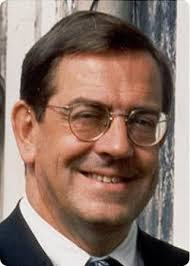 Indeed, the 1990s were good to me, with hindsight my best decade at the Centre. Starting from debt, financial opening and currency issues, I directed my analysis toward the impact of financial institutions for emerging countries, in particular pension funds and rating agencies. Often, I would bring policy lessons from Asia to Latin America and vice versa. Thanks to the painstaking formatting by Terri Wells, the OECD published with Edward Elgar Publishing two books with my collected essays of the 1990s. The first, published in 1994, dealt with international monetary problems in East Asia and Latin America[8], notably public finance, the macroeconomics of financial opening, and exchange rate management. The follow-up, published in 2000, explored the international aspects of pension reform, sovereign ratings, private savings and volatile capital flows[9].

Most quoted scholarly articles stemming from the 1990s were those on sovereign ratings[10], pension savings[11] and pension investment (for Chile´s finance ministry)[12], sustainable current account imbalances[13], managing the capital account[14] and measuring its openess[15]. Based on those and earlier publications, I was awarded Habilitation and became Adjunct Professor at Basel University. Two essays were awarded awards in the Amex Bank Review essay competition in international finance in 1993 and 1994 (subsequently discontinued). The Financial Times asked to write a comment on sovereign ratings (Green Light for Danger, 3/2/1998), while The Economist devoted a couple of Economic Focus Page(s) to my output. Sebastian Edwards (UCLA) invited me to Caracas to present my thoughts on beating the Impossible Trinity through generalised sterilisation of inflows at an NBER seminar.

My expertise emerging-country macroeconomic led to several noteworthy invitations by central bank governors, finance ministries and government think tanks. As I advocated capital-inflow controls and managed (rather than floating or pegged) exchange rates long before such advice became mainstream even with the IMF, I was unpopular inside the OECD that defended its Codes of liberalisation. Emerging-country authorities appreciated this advice as they were eager to defend their non-traditional export sector in the face of appreciation pressure excerted by hot money inflows. I recall invitations to Taiwan (Paul Chiu, h/t Maxwell Fry)), Chile (Roberto Zahler and José Antonio Ocampo, h/t Ricardo Ffrench-Davis[16]), Korea (Sang Woo Nam and Yung Chul Park), Thailand after the Baht crisis (M.R. Chatu Mongol Sonakul), Israel (Jacob Frenkel and Leonardo Leiderman), Pakistan (Sartaj Aziz), some Central European countries and also the Österreichische Nationalbank as well as the Federal Reserve of San Fransisco[17]. My friend Bernhard Fischer and I presented (and informed us) at SEACEN in Kuala Lumpur and Indonesia´s government in Jakarta (with support by then IMF ResRep Klaus Regling) our macro-financial sequencing advice for how to – prudently - open the capital account[18].

The Korean authorities, before joining the OECD in 1996, had even asked the Secretary General that I be their advisor for the accession process; but that I learned only a while after the event…

[4] I have touched upon Christian´s work in my post on the Development Centre in the 1980s.